Research history in Connecticut with a slant toward Sasquatch sightings, and one topic you'll likely run into, over and again, is the story of "Leatherman". It seems that Leatherman was actually a real person—but not a Sasquatch.

In the 1800s, Leatherman walked a circuit of three-hundred-sixty-five miles that took him through parts of New York and Connecticut. He did so like clockwork, wearing a 60-pound leather suit which he never took off, even in the hottest of weather—hence his nickname—taking thirty-four days per loop. Leatherman was found dead in one of his crudely-built shelters in March of 1889. He has been immortalized by "Ripley's Believe It Or Not", and a song by Eddie Vedder of the rock band Pearl Jam. 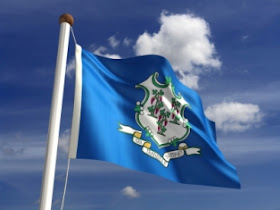 I suppose it's the strangeness of Leatherman, and his strictly adhered to hobo trail, not to mention his odd clothing, that gives him enough strangeness to be lumped in with an officially undiscovered North American great ape species in people's minds. There are however, some legitimate Sasquatch from the era.

In August of 1895 a witness, who was picking berries near Colebrook at the time, reported that a Sasquatch ran at him, "yelling", chasing him off. Was the Sasquatch protecting a food source by chasing off a competitor?

Some versions of the above report state that the creature chased the man's dog, and the dog ran to the man, apparently seeking protection. The interesting point there is that we have numerous reports on file connecting Sasquatch and dogs. In some of them the dogs seemed to be running with the Sasquatch, as pets, or helpers on a hunt. In other reports, the dogs seemed to be prey being carried away. The latter would certainly explain the fear the witness's dog had of the Sasquatch. 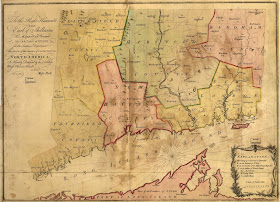 Not long after, seemingly in the same year, a man reported spotting a Sasquatch stealing two chickens from his chicken coop.

Also in the same year, two women visiting the same area of Connecticut from New York reported seeing what they thought might have been an ape escaped from a circus standing up on its hind legs.

Again, in the same general region, and time, a police officer saw what he described as a "gorilla". He chased the animal until losing its trail in a swampy area. 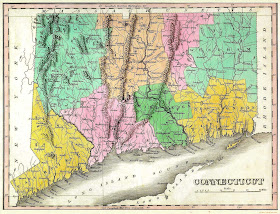 Speculation arose—and seems to still exist—that all of the sightings listed here were of one Sasquatch, spotted several times. If so, it must have either left the area, or learned to hide better, because reliable sightings from the 1800s pretty much vanish at that point in Connecticut. Look into sightings from the early-to-mid-1900s up until today, and there is a steady stream of them. Historically speaking, however, there doesn't seem to be very many.


What could cause the upswing in sightings in more modern times? Could it be the numbers of people out and about in the Connecticut woods hiking and camping during their leisure time? Or have Sasquatch been forced to migrate into areas they didn't traditionally frequent due to human encroachment upon their habitats? Or is it a bit of both?