"Skunk Ape" is the term commonly used in the state of Florida for Sasquatch—or Sasquatch-like creatures. There is actually ample evidence that the beings in Florida are some type of subspecies, rather than Sasquatch as we tend to think of them. The Skunk Ape, many reports claim, are thinner, leaner, have sparser hair, are more openly aggressive, and tend to have varying numbers of toes. Tracks have been found displaying only two toes—as if the normal five were merged together with only a divide in the middle—up to six, or even seven toes per foot. 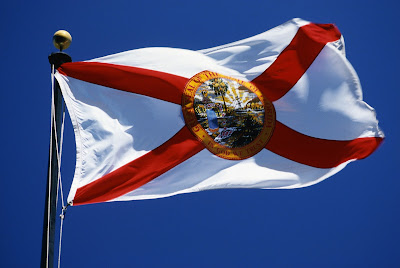 The leading hypothesis as to why the creatures in that region seem to be to altered is inbreeding due to isolation. Still, it isn't only the Sasquatch which are smaller in Florida. Most mammal species are. Deer, squirrel, opossum, raccoon, rabbits, etc. all tend to be smaller, and leaner than their counterparts further north in the United States. At least this is true in Central, and Southern Florida. Given the warmer climate, and very mild winters there, animals don't need the bulky fat supply to keep them warm, and nourished. This may, at least in part, account for the leaner Sasquatch so often reported in the state.
The name "Skunk Ape" comes from the unspeakably putrid stench commonly reported in association with the creatures. Having lived in Florida for fourteen years, and suffered the legendary Florida heat, and humidity for all that time, it's no stretch of the imagination to think of how it's possible for them to smell so bad! Still, despite this, smell isn't a factor in every sighting; not even in ones where the creature is seen fairly close up. This lends support to the hypothesis that these creatures can emit that signature stench at will, as a warning, or defense, perhaps. 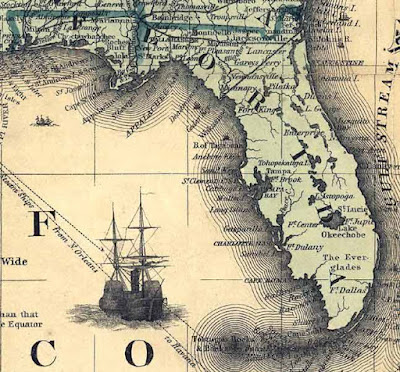 Presently, Florida ranks as number four in the United States for the most Sasquatch sightings. It is surpassed only by Washington (#1), California (#2), and Oregon (#3) in the number of sightings recorded each year. Many of these sightings come out of the Everglades. However, when I lived in Florida, I lived in Pasco County, about 20 minutes north of Tampa. Pasco County can sometimes see 30 or more sightings reports per year alone. However, it isn't only today in which we find sightings of the creatures in the Sunshine State.
Native American tribes in Florida have a long, rich history of stories involving Sasquatch. However, they are typically unwilling to speak of these with anyone not of their own tribe. Still, it isn't only the native tribes who have had sightings of, and encounters with these beings.
August of 1884 saw a very peculiar occurrence in the area of Ocheesee Pond in Jackson County, Florida. After several sightings of a hairy "wild man", a party of men gathered, and forayed into the swamps with the intent of capturing the creature. According to record, they succeeded. The being they brought back was described as "emaciated", and "covered with a phenomenal growth of hair". The creature was sent to Tallahassee. The records regarding the captured being end there. No one seems to know what became of it after the transfer. 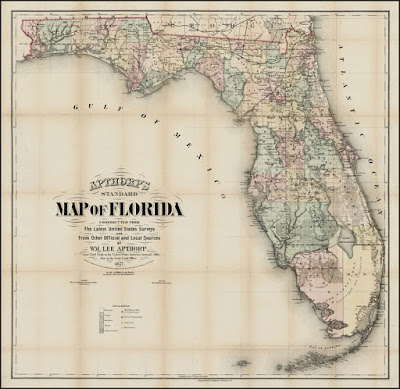 In 1947, or 1948, a young man spotted a Sasquatch among a stand of pine trees while riding his horse. Based on the movements the creature made, the young man thought the Sasquatch may have been scratching its back on the tree in the manner of a bear. This took place near Palatka, Florida.
While boar hunting in the everglades in 1957 a man sighted what he first thought to be a bear. However, the creature stood up on a pair of legs, standing roughly 8-feet-tall. The being had reflective orange/yellow eyes. The hunter didn't wait to see more; he ran back to his truck, and left the area.
Near Hollywood, Florida—not far from the Everglades—in 1960 a driver spotted what he described as a 5-foot-tall "adolescent Skunk Ape" walk out of a drainage ditch alongside the road.
1969 saw two sightings near the town of Davie, Florida. In the first, a man encountered a "smelly, growling" Sasquatch in an old, abandoned guava orchard. In the second, a "huge, black" Sasquatch was treed by dogs in an orange grove. The creature swung through the trees, and dove into a canal to escape. 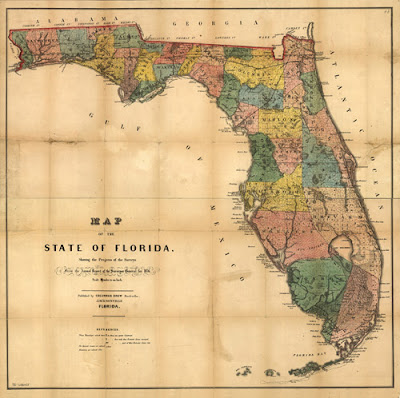 The state of Florida boasts a wide, diverse ecosystem. It has plenty to offer in the way of resources for a being such as Sasquatch. Parts of the state are still heavily forested, and swampy. These areas would provide plenty of cover, water, and food in the way of plants, fish, birds, eggs, insects, larva, amphibians, and prey mammals. Not to mention the abundance of human garbage for those with an inclination—or need due to age, illness, or injury—to scavenge close to people. Given the sightings records, and native awareness of these creatures, it seems apparent that not only are they taking full advantage of what Florida has to offer them now, but they have been doing so for quite some time.

Crypto Evidence Locker
Posted by Bigtruth at 8:24 AM